A home and place of refuge 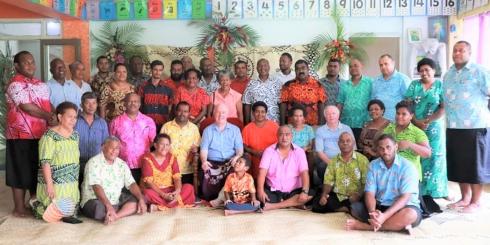 In the late 60s there was a huge urban drift of people moving into the Suva Area from villages all around Fiji. The population of Suva soared. Up until 1950 the Cathedral of the Sacred Heart Parish, Suva was the only parish there. Then in the early 1950’s the Columban’s arrived in Fiji and the first parish they established in Suva was St Agnes, Samabula in 1953. This was followed by the setting up of the parishes of St Joseph the Worker, Tamavua, St Pius X, Raiwaqa, set up in 1968 and soon after the parish of Holy Eucharist, Laucala Bay.

Raiwaqa was an area earmarked by the Housing Authority for low cost housing. Thus Raiwaqa became one the most densely populated areas in Fiji. The Chairperson of the Housing Authority at the time was Fr Dermot Hurley. The present parish of Raiwaqa was developed and built by the former Archbishop of Suva, Rev Petero Mataca who became its first Parish Priest. The Parish was opened and blessed on August 1 August 1968. Fr Jim Dutton replaced Mongs Mataca as Parish Priest for a short time. Fr Dermot Hurley then became PP of Raiwaqa and ever since then this densely populated multi-cultural and multi-ethnic parish on the outskirts of Suva has been served by the Columbans.

In August 2018, St Pius X celebrated the Golden Jubilee of its opening. I was privileged to be Parish Priest of St Pius X, Parish, Raiwaqa, for that celebration. The parish has grown up with the reforms of Vatican ll. It has kept astride of the liturgical and pastoral developments in the church since then. Its priests, lay missionaries and parishioners have implemented the documents and teaching of that Council. From the very early days of the parish until the present time – great emphasis was placed on the formation of the laity – in all matters pertaining to the Church in the modern world – as a parish it has been the flag bearer in the Archdiocese for Social Justice and Human Development and Integrity of Creation. Many seminars on the Social Teaching of the Catholic Church has been conducted in the parish over the years.  The Parish Vision statement says that “we are a family of God, united in faith on pilgrimage and committed to realizing the Kingdom of God in society”. 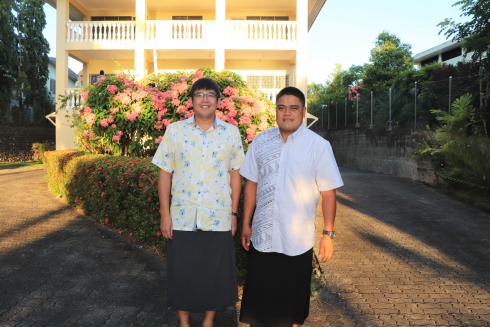 In the life of the church and its missionary effort, 50 years is a short time - but the parishioners of Raiwaqa Parish feel that 50 years has been a time of significant spiritual growth and development for all – who have come to regard St Pius X as their home and place of refuge - where their children were baptised and received the sacraments. Often people who moved out of the parish return to be married here and many have expressed a wish to have their Requiem Mass here after their death.  The people here are a close and a proud knit community.

With their proud and historical past and a vibrant committed Parish Laity, there is every reason for the parishioners to dream dreams for the future under the guidance of the Holy Spirit and the inspiration of their patron saint, St Pius X, whose motto was “To restore all things in Christ”.

Fr John McEvoy, Parish Priest (since 2015) is the Columban Leader in Fiji.