Currently the Columbans in Pakistan are working in two missions, Diocese of Hyderabad and Archdiocese of Karachi, both in Sindh and around three hours apart by car. Previously, the Columbans worked in the Archdiocese of Lahore but recently due to the depleting number of personnel, the decision was made to move to Sindh and focus on the tribal mission.

At present, two Columbans ordain are working in the Archdiocese of Karachi. One is attached with St Thomas Parish, and he is working with the tribal people who have migrated to the city in search of work, most of whom work in factories with very low wages and sometimes poor working conditions. The second is working in the seminary in Karachi and other places of formation teaching, giving retreats and spiritual directions to seminarians and sisters in formation. 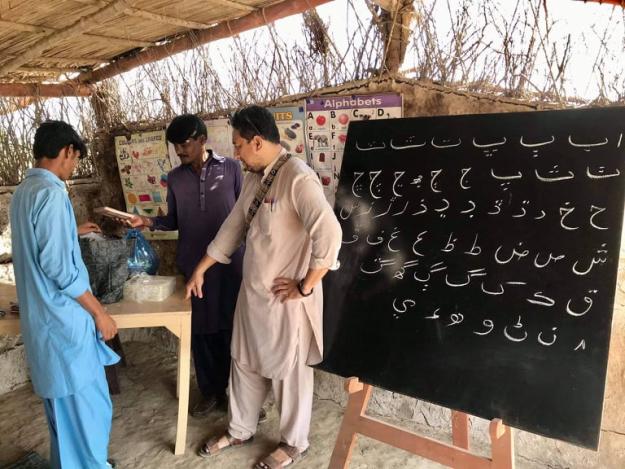 Fr. Pat with the teachers

In the Diocese of Hyderabad, five Columbans ordain and two Lay Missionaries minister in different places. Two ordained Columbans and two Lay Missionaries work in St Thomas the Apostle parish in Badin, the only Columban parish we have at the moment. One Columban is working in Hyderabad City in the Justice and Peace and Ecology area. Another is in charge of the diocese Catechetical Centre in Mirpukhas City and the other Columban is living at the Catechetical Centre but working with the nearby parish Khipro helping out in the tribal mission. 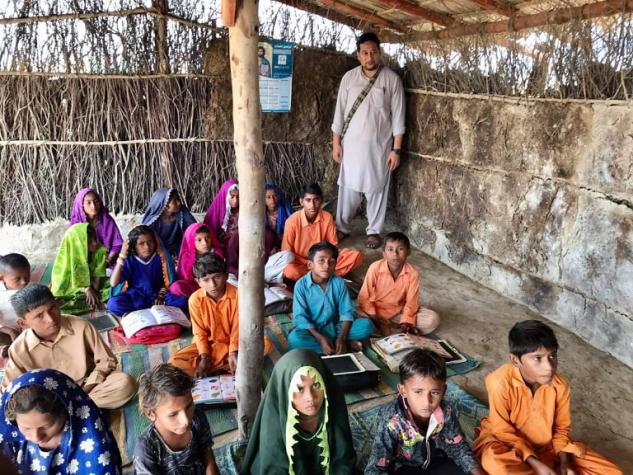 Fr. Pat  Visanti visiting one of their village school

In both dioceses, Parish Ministry involves working with some of the poorest and most oppressed people in Pakistan. Education, Healthcare and Human Rights issues are urgent ministries. Human Rights work, including justice and peace issues, provide an opportunity for Interfaith Dialogue as issues are worked through with both concerned Muslims and Hindus. 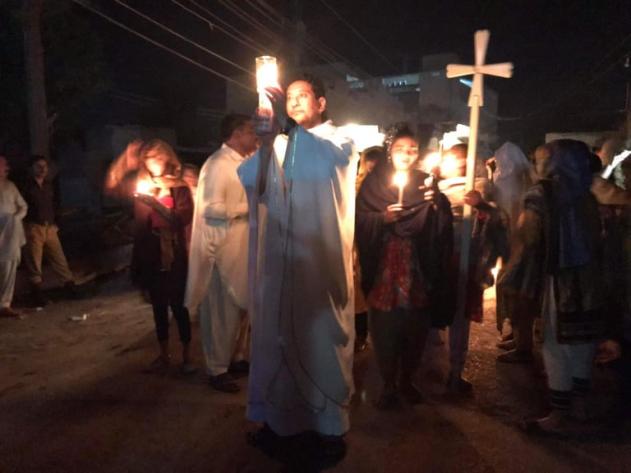 Fr. Pat Visanti, originally from Rotuma is assigned in Pakistan. He has been in Pakistan since the mid 2018.