In 1993 and  the initiative was the newly Columban lay missionary program.  The person who said yes was Fr. Ed Quinn (RIP), who at the time was working in Fiji.  The Columban Society had agreed to start a lay missionary program, but each country was to begin implementing the program when it was deemed appropriate.  Fiji was anxious to start, so Fr. Ed a veteran missionary who spent twelve years in Korea before arriving Fiji in 1973, volunteered to serve as the first lay missionary coordinator.  The assuming of leadership roles with the program by the lay missionaries themselves is most encouraging.  Fr Charles Duster (RIP) succeeded Fr. Ed Quinn as the coordinator of the program.  Vosita Lenisaurua who had served in Ireland, took over as lay mission coordinator in 2001 from Fr. Charlie, was  a member of the first lay mission team in Fiji. She was succeeded by Losana Ve’ehala (RIP) (2004), who had served in the Philippines,(2007) Katarina Mukai who served in Chile,  (2010) Lanieta Tamatawale, (2015) Former LM Vitalina Vuki who served in the Philippines,  (2017) Naanise Mo’unga who had served in Philippines  and Former LM, Katarina Mukai from 1 Feb, 2022.  All of these coordinators were current and former lay missionaries.

Since then, we have sent 12 groups to Ireland, Philippines, Chile, Peru, Korea, Pakistan and Britain. 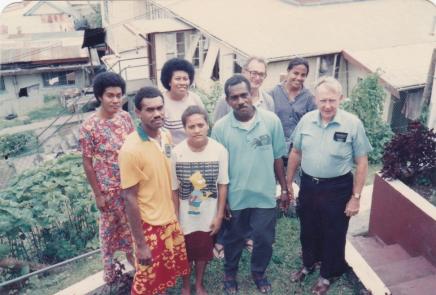 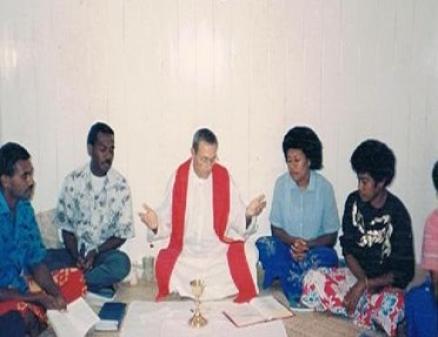 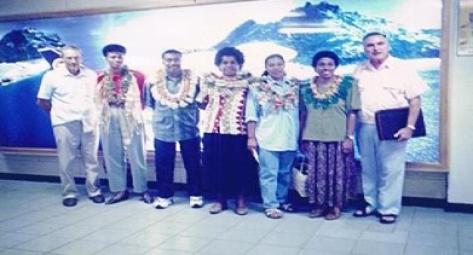 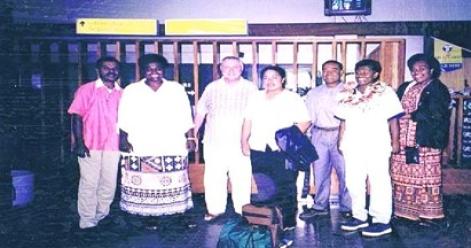