Look for any twelve individuals 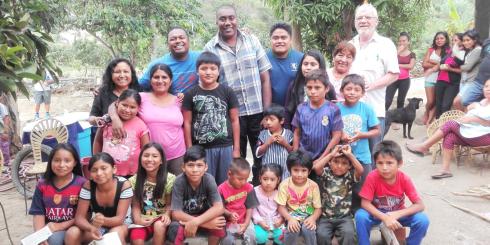 Since childhood, Holy Thursday for me meant the washing of the feet.  I missed it this year when in accordance with the directives from Rome it was left aside. Nonetheless, its absence provoked a moment of reflection on the Gospel message. It was an opportunity to remember previous Holy Thursdays. I was taken back to my FMA experience in Peru in 2018.

I was assigned to a community in the parish called Patria Nueva in Lima. It was one of the ever-expanding communities in the outskirts of the capital, Lima. A week before Holy Week, we held a meeting to discuss the upcoming liturgical events. There would be no Mass due to the limited clergy members. This meant that I was to preside at the para-liturgy. Thinking that it would go along with the Gospel message, I suggested during the meeting that I would wash the feet of the first individual and then he/ she would carry on from there. The plan was to wash each other’s feet straight after the readings, before the reflection. I asked the others to “look for any twelve individuals”, capable of washing the other person’s feet. The response from them was “Si Padre!”- yes Father! (Though a mere seminarian, I was given the honorary title of a priest).

I was able to forget myself and think of those to whom I minister in the community. It gave me a profound insight to the purpose of our gathering for Eucharist. 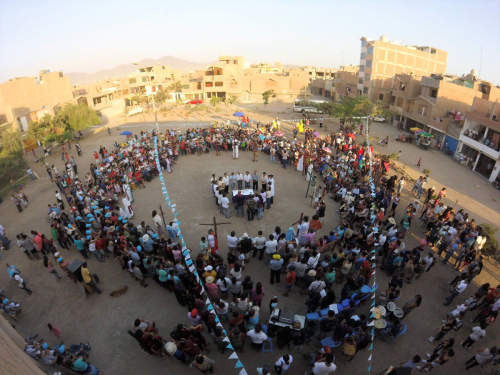 On Holy Thursday the chapel, a simple lean-to, was filled to capacity with some standing outside. I stood up, read the Gospel to the best of my ability in Spanish and then signalled to the community leader that it was time for the washing of the feet. While wrapping the white towel around my waist, I sensed a lot of movement in the Chapel. And suddenly twelve wheelchairs appeared in front of the altar! Seeing this, I knew that there was no other choice but to wash all twelve members’ feet.

Normally, people get themselves ready for the priests to wash their feet. This was not so in this case. With the twelve wheel-chaired individuals, I had to remove their shoes, followed by their socks (we all know what happens with peoples’ socks) and then the actual washing. It was a cool evening but by the time I finished my alb was soaking wet and sweat was dripping from my forehead. My reflection on the Gospel that followed this ritual was understandably kept short.

I find the experience a bit comical now but I vividly remember my thoughts and feelings that accompanied the washing. All I could think of were Jesus’ own words, ‘For I have set you an example, that you also should do as I have done to you’ echoing over and over again until I understood what was happening. These twelve people were strangers. I had never met them before. The act of getting down on my knees (terribly sore the next morning) and washing their feet was a way of embracing and living out my faith with and through others. It was as if the meaning of genuine service was manifested to me in that para-liturgy. The ritual invited me to take on humility, perseverance and fidelity. I may never know what effect it had on them. But as I moved from one person to the next there was a change happening within me. I was able to forget myself and think of those to whom I minister in the community. It gave me a profound insight to the purpose of our gathering for Eucharist. 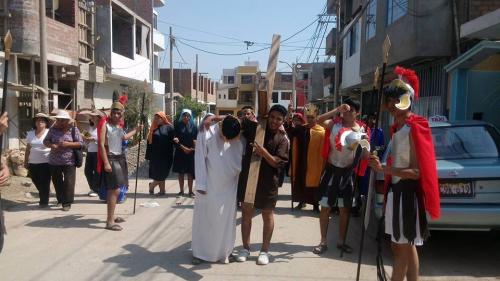 Looking forward to the post-COVID 19 period, it is from such experiences that I see the possibility of regaining a deeper meaning from our liturgical celebrations. Liturgy becomes for me a gathering for the Eucharist not to celebrate a past event, but rather to encounter Christ in the present.

The Eucharist is the source and summit of Christian life. The faithful long for the day when we can all gather again for the Eucharist. Naturally this yearning has intensified because of the imposed restrictions. Left unattended the longing could lead to anxiety, to an uncertainty about the future: Will Mass ever be the same again? What will become of our Eucharistic celebrations? But when seen through the lens of faith and reflected on in prayer, our present experiences can fuel our Christian hope.  The little altars upon which we share and experience the love of neighbour in these times, might be found to be crucial steps back to the One Altar of the supreme love sacrifice.

Aminiasi Ravuwai is a final year student at the Pacific Regional Seminary in Suva, Fiji.