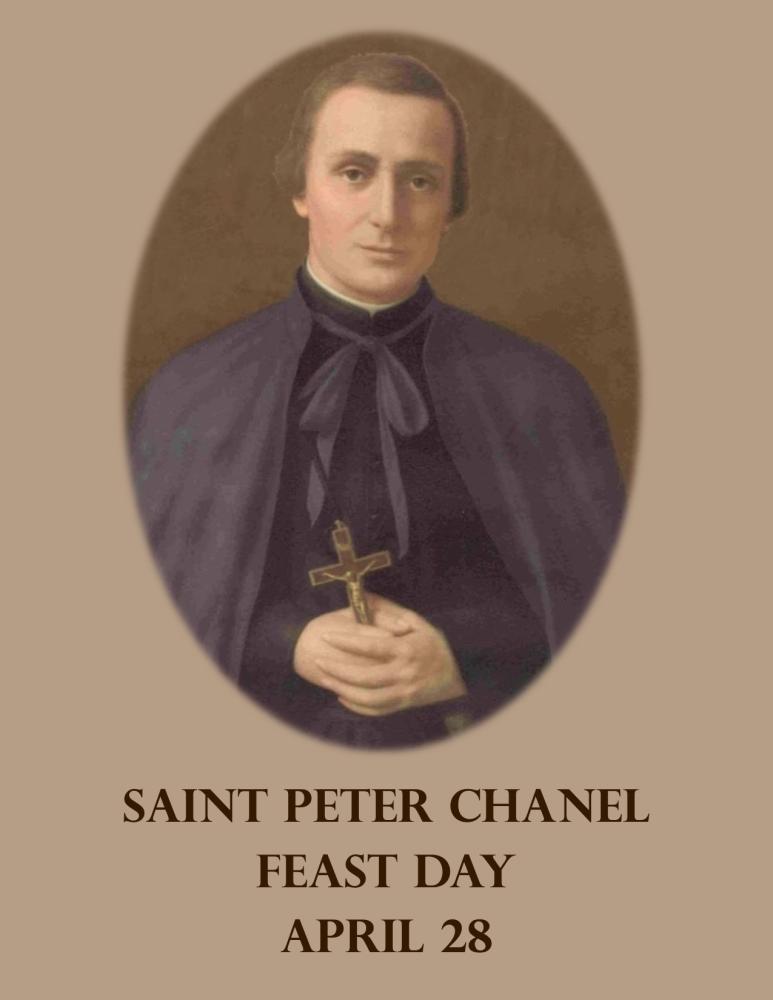 St. Peter Chanel was born in 1803 at Clet in the diocese of Belley, France. His intelligence and simple piety brought him to the attention of the local priest, Father Trompier, who saw to his elementary education. Entering the diocesan Seminary, Peter won the affection and the esteem of both students and professors. After his ordination he found himself in a rundown country parish and completely revitalized it in the three year span that he remained there. However, his mind was set on missionary work; so, in 1831, he joined the newly formed Society of Mary (Marists) which concentrated on missionary work at home and abroad. To his dismay, he was appointed to teach at the seminary at Belley and remained there for the next five years, diligently performing his duties.

In 1836, the Society was given the New Hebrides in the Pacific as a field for evangelization, and the jubilant St. Peter was appointed Superior of a little band of missionaries sent to proclaim the Faith to its inhabitants. On reaching their destination after an arduous ten month journey, the band split up and St. Peter went to the Island of Futuna accompanied by a lay brother and an English layman, Thomas Boog. They were at first well received by the pagans and their king Niuliki who had only recently forbidden cannibalism. However, the kings jealousy and fear were aroused when the missionaries learned the language and gained the people's confidence; he realized the adoption of the Christian Faith would lead to the abolition of some of the prerogatives he enjoyed as both high priest and sovereign.

Finally, when his own son expressed a desire to be baptized, the king's hatred erupted and he dispatched a group of his warriors to set upon the saintly head of the missionaries. Thus, on April 28, 1841, three years after his arrival, St. Peter was seized and clubbed to death by those he had come to save. And his death brought his work to completion - within five months the entire island was converted to Christianity.