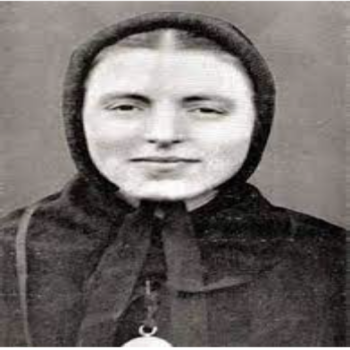 Nurse and nun. Maria was born in 1888 to a poor Italian family in Brendola in northern Italy. Her father was a violent alcoholic. She was considered not very bright at school, and was called a "goose" by the local clergy. In 1904, she joined the sisters of St Dorothy and worked in the kitchens and laundry. In 1907, when she took her final vows she became a nurse in the children&';s diphtheria ward. Saint Maria nursed soldiers during the First World War. When the hospital at Treviso was bombed, she stayed on to look after patients too sick to be moved. Eventually she was evacuated with the soldiers and they all loved her for her kindness and her quiet and cheerful manner. After the war she returned to the children's diphtheria ward and contracted the disease herself.

She died on this day in 1922. A memorial plaque described her as a "chosen soul of heroic goodness, an angelic alleviator of human suffering in this place". Her tomb at Vicenza soon became the centre of pilgrimage and miracles. She was beatified in 1952 and canonised in 1962. She is said to have resembled St Therese of Lisieux, whose spiritual teaching she followed.